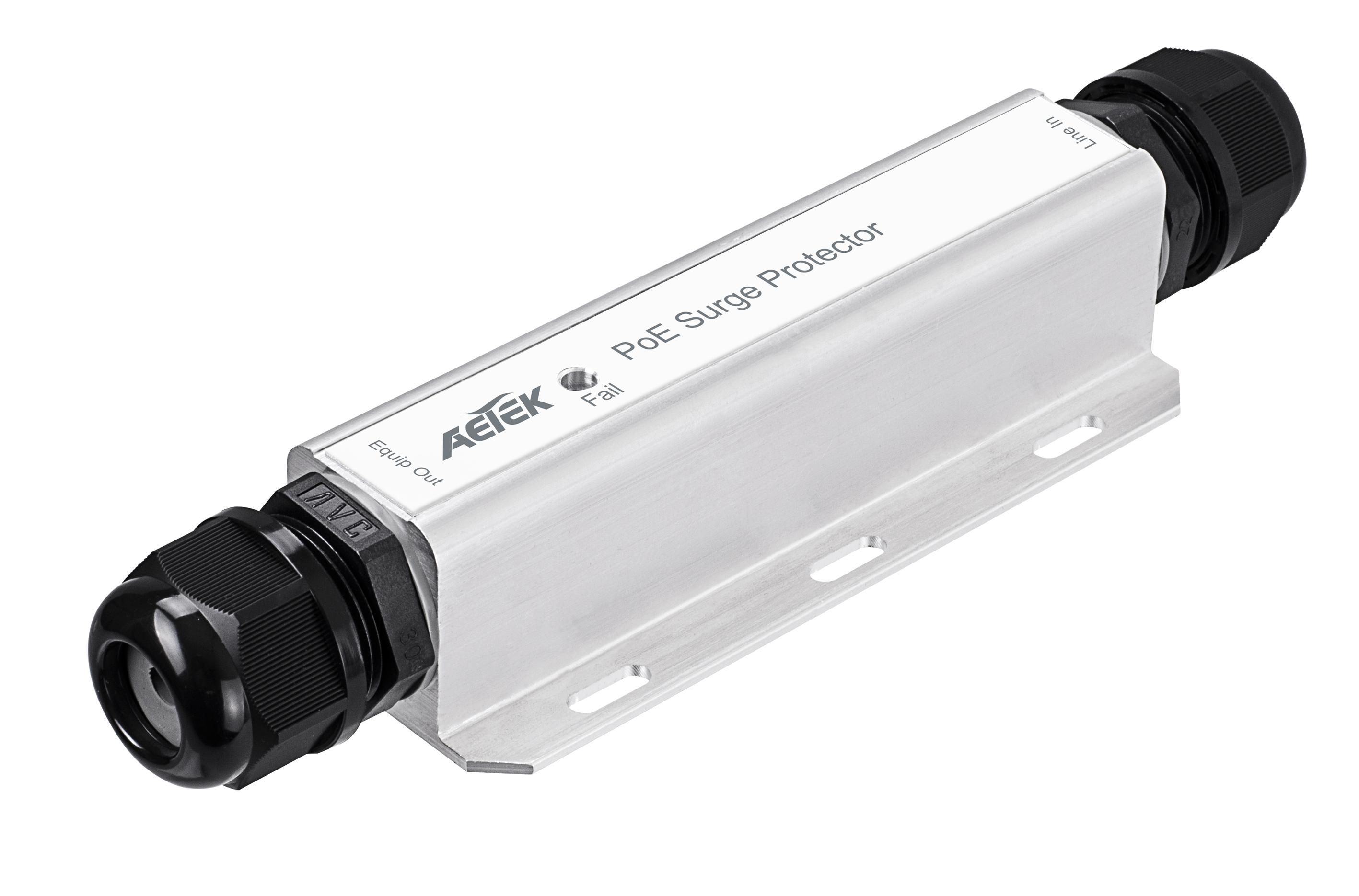 The SD series is a surge protector keeping PoE switches, PoE PDs, and any IP device safe from lightning & other forms of electrical interference such as power surges and spikes over networking cables. There are two sub-models classified as harden-graded surge protectors operating between -40°C and 85°C during harsh weather conditions & plug-and-play surge protectors defending the surge up to 20KV. The SD-101 is deployed beside PoE switches, inside junction boxes or power boxes. Besides general specifications of SD-101/SD-102, the SD-201/SD-202 has IP66/IK10 rated metal enclosure to protect outdoor IP devices such as IP cameras and wireless APs. 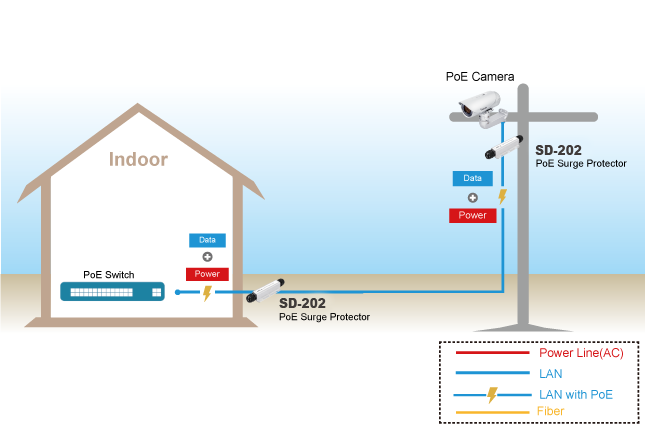 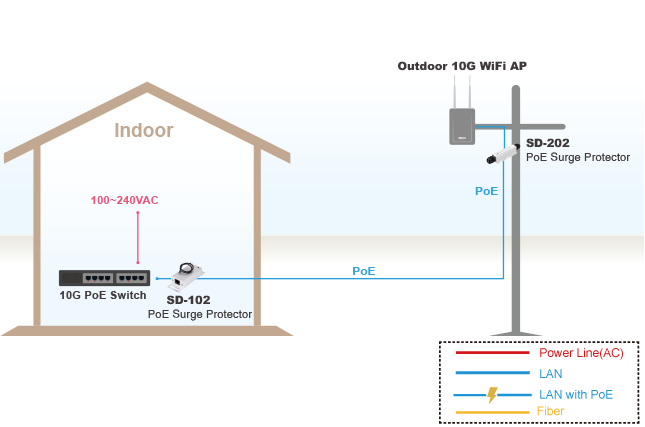